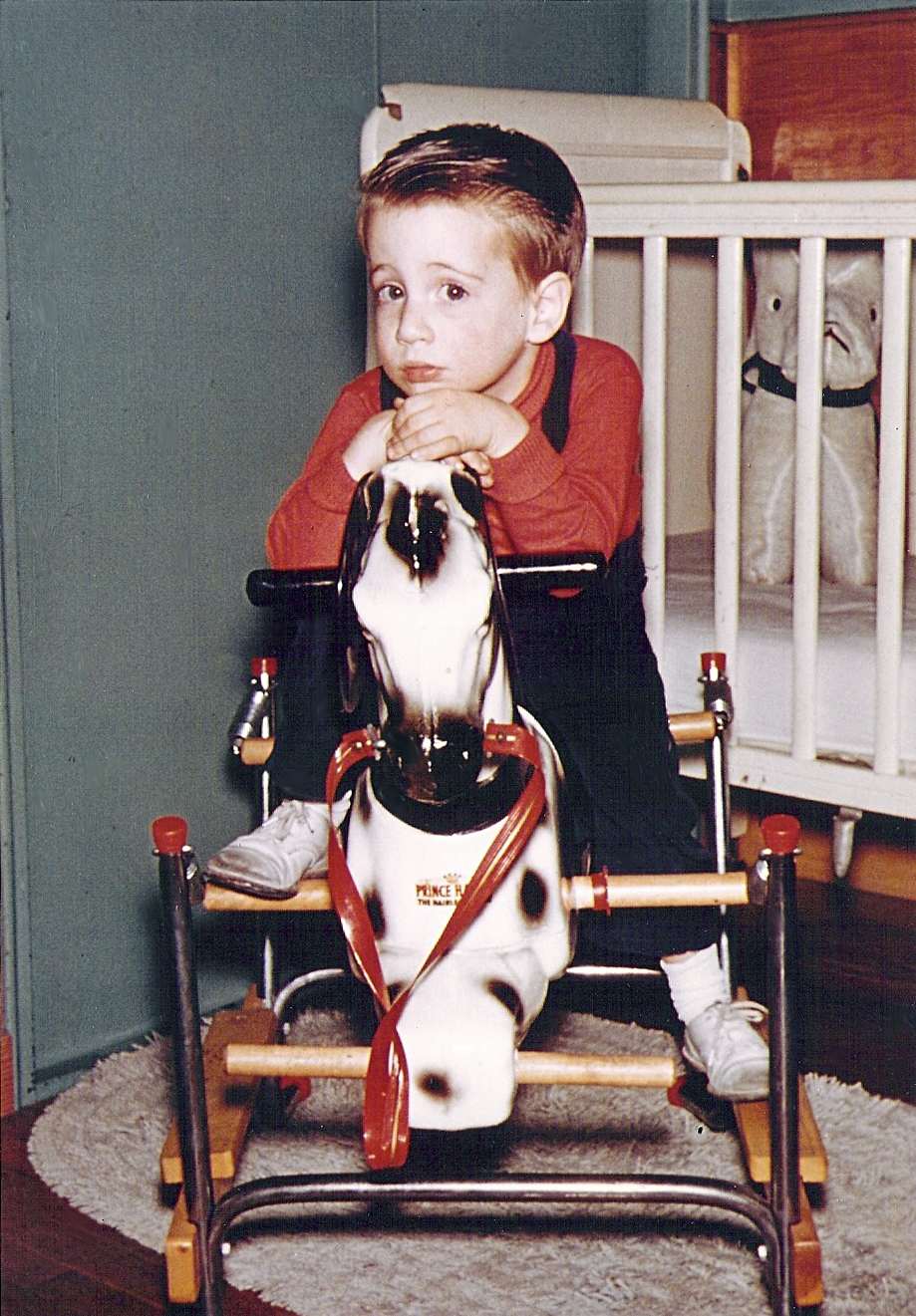 This is a photo of me at home when I was 4 years old sitting on my "Rocking Horse".

My family intended it as a toy, but I thought of it more as a musical companion and instrument.

By this time, my brother Barry Miles, 10 years older than I, had amassed an impressive "record" collection of the best-of in jazz, classical, Indian, African, folk, rock, country and pop genres.

Before he went on his way to school each day, Barry would stack discs onto the "changer" of his "record machine". It could hold the weight of about 5 vinyl discs, each side totaling about 25 minutes. When one side finished playing, the next disc would be released from the changer stack, drop to the bottom plate and begin playing its side until all discs dropped completing their turn.

The timing was perfect with the last disc completing while I was still rocking my horse to the music upon Barry's return from school.

While this kept me occupied allowing my mother to do her housework, I was concentrating on listening to the sounds of the music, exercising my brain distinguishing one instrument from another and repetitiously rocking in time to the rhythms I was hearing. Turns out, these are some of the basic elements I've spent my life developing as a drummer and musician.